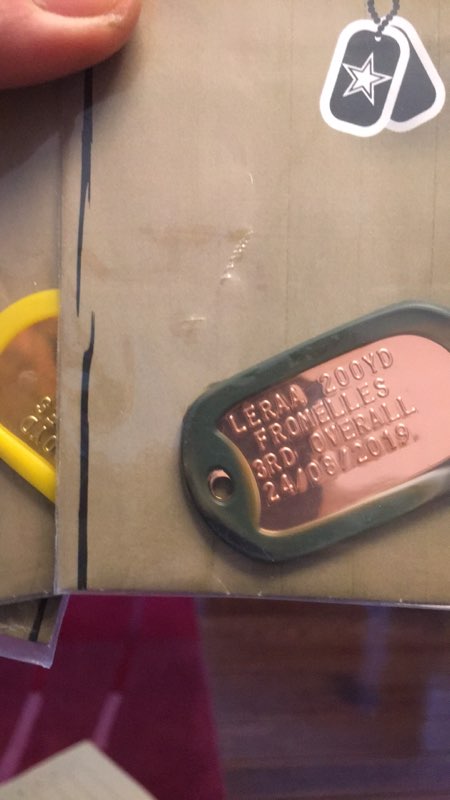 This is a 200yard Historic Service Rifle Shoot for No1 MkIII Lee Enfields.

The rifles used must be recorded with the scores of the shooter.

When this event is shot at a LERAA shoot a set of Tags will be awarded to the 1st, 2nd and 3rd place getters. We shoot for many reasons…but the hunt for the GOLD tag is a hotly contested and coveted prize

The competition will have three practices, all shot at 200 yards.

The target is a Figure 11 (Which may be on a screen or free standing) with a central 8 inch band running vertically on the target.

The two sighters may be taken prone and will be individually marked
(The sighters do not count towards the total score and cannot be substituted)
The 10 scoring shots will be marked at the end of the practice.

The target is a Figure 12. Eye opener (visual exposure) followed by 10 exposures of 3 seconds.
One shot to be fired at each exposure.

HPS 50
10 potential scoring shots will be marked at the end of the practice. Failure to shoot during an exposure is a miss

Firers will adopt the standing alert position, rifles lying on the mound loaded with 10 rounds, made ready with safety catches applied/bolts open. On appearance of the target, firers are to adopt the prone, release safety catches and engage target with as many rounds as possible within 45 seconds.

Scoring:
Central Band : 5
Outer Figure 11: 4
Hits on the screen do not count.

HPS Unlimited
Scoring shots will be marked at the end of the practice.

Scores are to be emailed to:
secretary@leraa.com or send via the contact form below

Slings must be as issued to that class of rifle. Eg: a web carry strap

To register your interest, make enquiries or post your scores see below