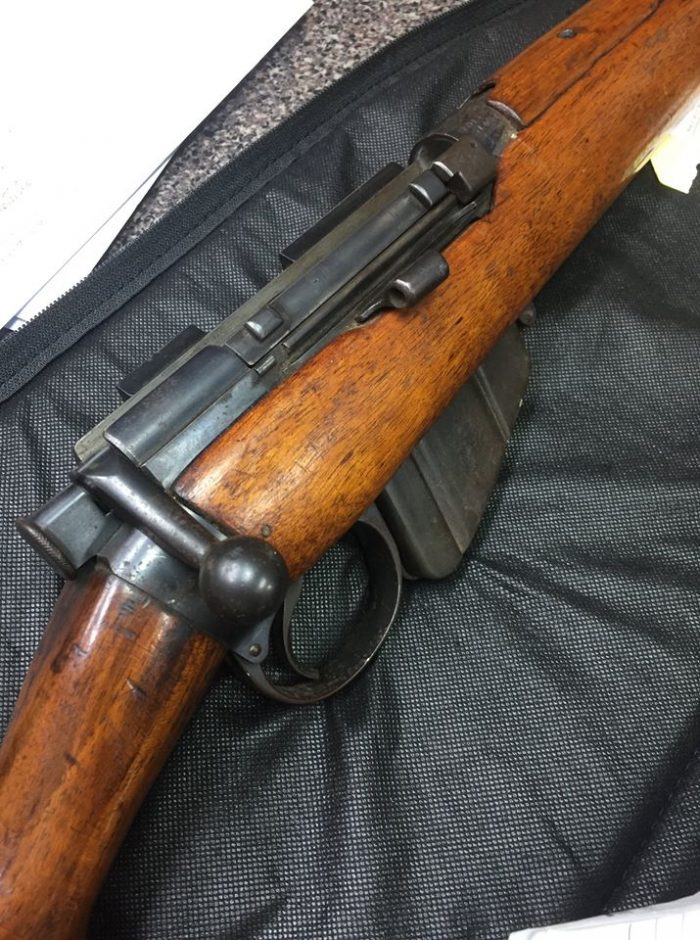 Thank you George W for sharing your methodology. Below you will find a post from our Facebook Group

I have seen the rust topic come up a couple times now so I figured I would give my 2 cents on “preserving” rather than restoring rifles. This is based on past experience as a cabinetmaker and building custom rifles every now and then. Like I put before for the wood restoration thread I find this a good in-between ruining the “originality” and preserving the firearm for future generations.

Apologies for the photos but I wasn’t planning on giving any info but you can see originally the typical places, barrel, trigger guard, under the range sight (pitted) and the after photos. In the after photos you can still see the “pitted areas” but the discolouration of rust is present in an inactive form so it doesn’t look (at least to me) restored

Before and after pictures of a BSA Co. Motty I have put the photos below and will try photograph the others

1- Strip the action and wood (if its a Long Lee like mine, push the hand guard from below rather than from above to avoid splitting the wood.

2- Clean all the blueing with methylated spirits, you need to categorise your rust into surface and pits, and in between. Get yourself a stiff plastic piece (I have a kiwi spoon) and pick at the surface rust that has “bubbled” it will flake off and allow the following method to work correctly if not the water does not seem to penetrate correctly

3- I have a half steel tube build up that I can lay over the stoves, when the “Minister of Finance” isn’t looking, boil the action/barrel and parts in normal water for 25-35 minutes. Remove and let the parts flash dry. This process is the same I use when I rust blue firearms but will convert your actual rust to a type of “blue”. Note that exposed white steel will also turn slightly yellow, this is normal and will just need to be steel-wooled.

4- Rub off the rust with 0000 wool VERY carefully, you may need to repeat steps 3 and 4 1-2 times if you have a lot of rust or have left oil on the surface. In sunlight, the blueing will look different and you will be able to see pitting as per normal but light spot rust will be gone.

5- Preservation of metal I find best wipe down all metalwork with a thin film of proper Danish made Artist-grade linseed oil (I get mine from Riot Art) and leave it to dry for a week+ until a film is built up. Avoid handling during this period then re-assemble. Over time this will wear off the exposed metalwork but will preserve the metal underneath/covered by the timber.